One for One Campaign:

TOMS' mission is built around the concept of donating one free pair of shoes to an underprivileged child for every pair purchased. Much of TOMS' success as a company can be attributed to its philanthropy and zealous concern for the greater good.

The One for One Campaign was born after TOMS founder, Blake Mycoskie, visited Argentina and was moved to activism by the astonishing number of children whose feet went unprotected.  Now children of the world are benefiting from the charity of TOMS shoes. Proceeds also help TOMS provide clean water and eyesight repair services to people in third-world countries.

Charity statistics include more than 10 million pairs of shoes, 200,000 gifts of eyesight repair and water systems in five countries. 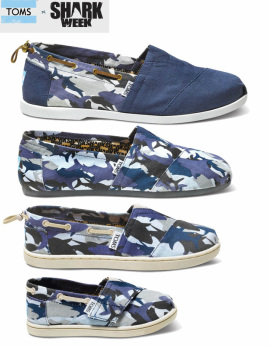